There are three things that run through my head as I sit with that.

He died in solidarity with sanitation workers

The Memphis sanitation workers were on strike to protest inhumane working conditions — two fellow workers Echol Cole and Robert Walker had been crushed to death inside of a garbage truck.

Sanitation workers in your city are putting themselves at extraordinary risk providing key services while a pandemic is going on. Healthcare workers too. What are the conditions under which they work where you live? Do they have the right to strike for adequate pay and healthcare? Are they afforded the protections that they need to stay alive and well?

He died calling for an end to poverty

During 1967, Dr. King had focused attention on an idea called The Poor People’s Campaign. Among it’s objectives were to provide everyone with the right to a basic guaranteed income. The idea being that in crises, no one should be forced into poverty. No one should have to live in poverty. The idea being that a country in which inequality has become so extreme is simply unjust.

Why can’t the US still come to account for these disparities after 52 years?

He knew that the power really lay with the people

Martin Luther King and the thousands of others who struggled with him marched, took blows, and sometimes died for causes that the mainstream politicians of both US political parties disparaged. He was despised and the subject of contempt and harassment by leaders in both parties. This didn’t stop him.

There is more to the struggle for human dignity that presidential elections. He and others demonstrated the power of collective action, of non-violence, of persistent action in the face of seemingly insurmountable odds.

It is indeed a dark time. Right now the devastation in a fragile healthcare and social system expose the persistent inequalities that Dr King died fighting. As his daughter remarks, “The evils he opposed then still exist now”.

That he and others like him were able to make incredible strides gives me hope.

What is stopping us?

On this past Sunday, we marched in Decatur, GA in unity with millions others in India and across the world in opposition to India’s Citizen Amendment Act. To quote the Wikipedia article

The act was the first instance of religion being overtly used as a criterion for citizenship under Indian nationality law.

There are many complexities to the law. In summary, it means that Muslims freeing persecution are not eligible for refugee status. Most immediately, the bill would mean the exclusion of the 40,000 Rohingya Muslims who are fleeing genocide in Myanmar. It also impacts the perhaps tens of millions of Muslims who came to India in the years since the partition of 1947. Families that have lived in India for generations lack the documentation to substantiate their citizenship status (if you had to pack up and leave in an instant with the clothes on your back, documentation might be the least of your worries).

But it to say that combined with other recent legislation, it has the potential to make 100 million Muslims and other ethnic and religious minorities stateless. This is an unprecedented human tragedy in the making.

It’s immediate impact has been the increase in violence against Muslims and those of all faiths and castes who support a state based upon tolerance and a respect for all humanity.

The most poignant protests have been the women-led non-violent demonstrations in Delhi’s Shaheen Bagh neighborhood.

Understandably, the bill has been condemned by the international community for example by Human Rights Watch, there is stunning overlap with the Nazi government’s 1935 Reich Citizenship Law.

It was a blessing and gift for us to stand on the right side of history in support of human rights.

During the march there were a few tense moments. Our daughter was concerned about arrest. Thanks to the tremendous service of the de-escalation professionals on hand, our interactions with the police were constructive.

I reminded our daughter that right to assemble, even to drink Boba Tea when and where she chooses was earned by the sacrifices of children like her who had marched in Atlanta, Montgomery, Chicago, and other countless places. The following day was the “official” Martin Luther King holiday. We enjoyed tea and took a moment in John Lewis Plaza in Freedom Park to reflect. 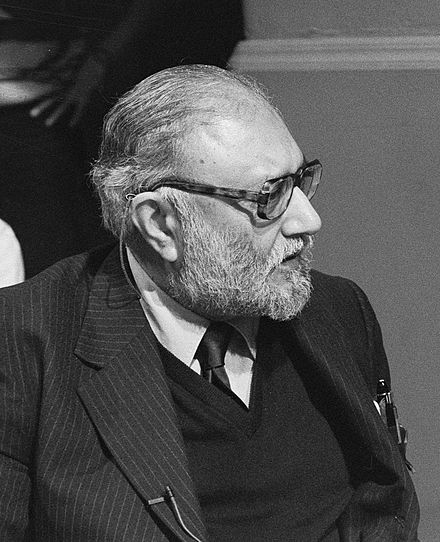 A month back I watched a documentary on Abdus Salam, the first physicist from Pakistan to be awarded the Nobel Prize in Physics. During his lifetime, he made significant contributions to quantum mechanics and was awarded the Nobel for his development of theory of the electroweak interaction.

You can watch it on Netflix, here is a trailer

He was from Punjab, the region of my partner’s ancestors. Lately my partner and I have been talking through this sense of statelessness as a way of being. When the partition of India occurred in 1947, her grandparents had to flee Lahore — her grandmother and perhaps millions of others did not survive. My partner has survived “migration under duress” from Tanzania to Botswana and living in the U.S. as a permanent resident under an “evolving/devolving” immigration regime. Traveling on an African passport has brought me new insights on what exclusion and racism mean.

All that said, I have a deep lived compassion and empathy for the Abdus Salaam’s of the world. Salaam was a member of the Ahmadiyya Muslim community. Pakistan refuses to recognize it as a legitimate branch of Islam.

According to the just passed Indian Citizenship Act, there are no Muslims in Pakistan who face religious persecution. So the defacement of Abdus Salam’s grave would, according to the act, constitute fake news. You can watch the Netflix documentary if you like and view a photo of the headstone. It is hard to square the fake news proclamation with 150 years of documented persecution.

The world seems in the process of canceling the right of refugees to basic claims on humanity. At this point, I don’t know what to do, other than proclaim, affirm and support the right of all humans to a country, to a place to call home, to the right to exist. Please remember Abdus Salam and the millions of people — mothers, aunts, children, scientists, cooks, farmers, hawkers and all — who today struggle to find a home.